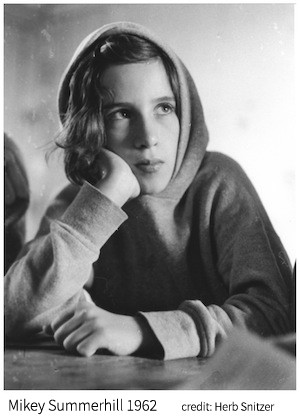 After the death of both my parents (in separate car accidents) when I was nine, I was sent to England where I attended Summerhill, a small progressive school, run by A.S. Neill, in Suffolk. I left school at 16, and studied at Napier and then Edinburgh College of Art, before moving to London in 1971 to study painting at Central School of Art, and then Chelsea College of Art for my MA.

In the mid 70's, I shared a studio in Butler's Wharf, Bermondsey, with fellow graduates from Chelsea School of Art, and (working upstairs), the film-maker, Derek Jarman; the sculptor Andrew Logan; the painter Stephen Buckley; and just along the wharf, Stephen Cripps, the pyrotechnic sculptor, and performance artists Anne Bean and Paul Burwell. 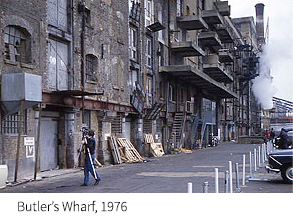 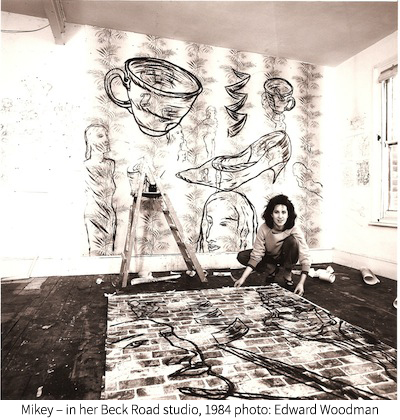 During the mid to late 80's I moved away from painting and worked mainly with site specific pieces, which referred to the domestic, literally and metaphorically, often using my own body as a template for large-scale works. I also began to work from small doodles and notes, which were scaled up sometimes to gigantic proportions. During this period, I showed at The Riverside, the ICA gallery, Edward Totah, Sunderland Arts Center, St Paul's Gallery, Leeds, Unit 7 London, Plan K Gallery, Brussels, and the Serpentine Gallery. 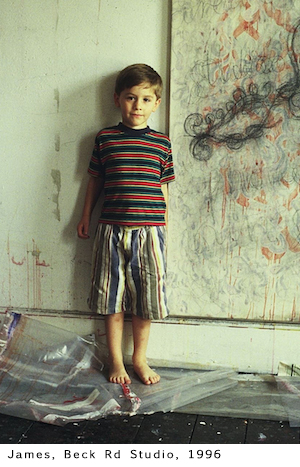 I exhibited alongside such artists as Helen Chadwick, Anette Messager, Alexis Hunter and Paula Rego in the 1980's. In the 90's and 2000's my paintings and drawings were included in shows such as Girl (touring from Walsall), Bruise (also touring), Kettles Yard Cambridge, East International (selected by Mary Kelly), the Jerwood Drawing Prize, The Whitechapel Open, ARCO Madrid, and Zoo Art Fair, London.

My first one-person show, with Flowers East in 1991, and again in 1994 marked a move away from site-based work and a return to painting. Since 2003, I've exhibited with PEER Gallery in Hoxton, and with Beaconsfield Gallery in Vauxhall. My work is represented in public collections such as: ACE; Deutsche Bank; CAS.

My writing, which has often appeared as fragments of conversations and texts within and alongside my work, became a focus in 2006, when three of my stories were included in a Serpent's Tail anthology of short fiction by artists, 'The Alpine Fantasy of Victor B & Other Stories.' My writing also marked a return, for a while to more figurative works, based on drawings - some from as far back as 1970's, which I showed with Peer, at Zoo Art Fair in 2007.

I lived in Hackney (where my son James, was born and brought up) until 2011, when I moved from East London to East Sussex, and where I wrote my memoir (A Conversation About Happiness), based on my childhood and early years as an artist (published by Atlantic Books in 2014). I also work as a senior lecturer in Fine Art at University of Brighton.